Writing the introduction to a publication describing a two-year project is a challenge. Over these two years, the seven members of The Spur, led by Bòlit, Centre d’Art Contemporani. Girona, have worked to develop a European cooperative network dedicated to contemporary creation, especially in visual art. It involves seven organizations from four countries that have joined forces to promote the transnational movement of creators and improve their professional abilities, as well as to pursue co-management processes in a framework based on cooperation and internationalisation. This is a joint effort in which each centre has contributed its strong suits —based on its own characteristics and experiences— to a set of common objectives. The Spur is an innovative, ambitious project, important for the city of Girona but organised on a European scale. The project has included several different initiatives: the programme of resident artists from different participating cities, the creation of prospective studies to convert abandoned urban spaces into creative spaces, four international seminars and the publication of two digital publications-catalogues, as well as this print catalogue. 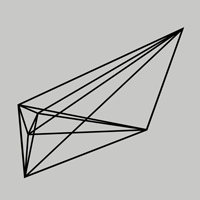 1. Agreements and agreements between organizations
2. Contracts for external services
3. Contracts for services, production or sale of artist's works
4. Artists in residence
5. Lectures, round tables and author texts
6. Verification documents, transparency and good practices